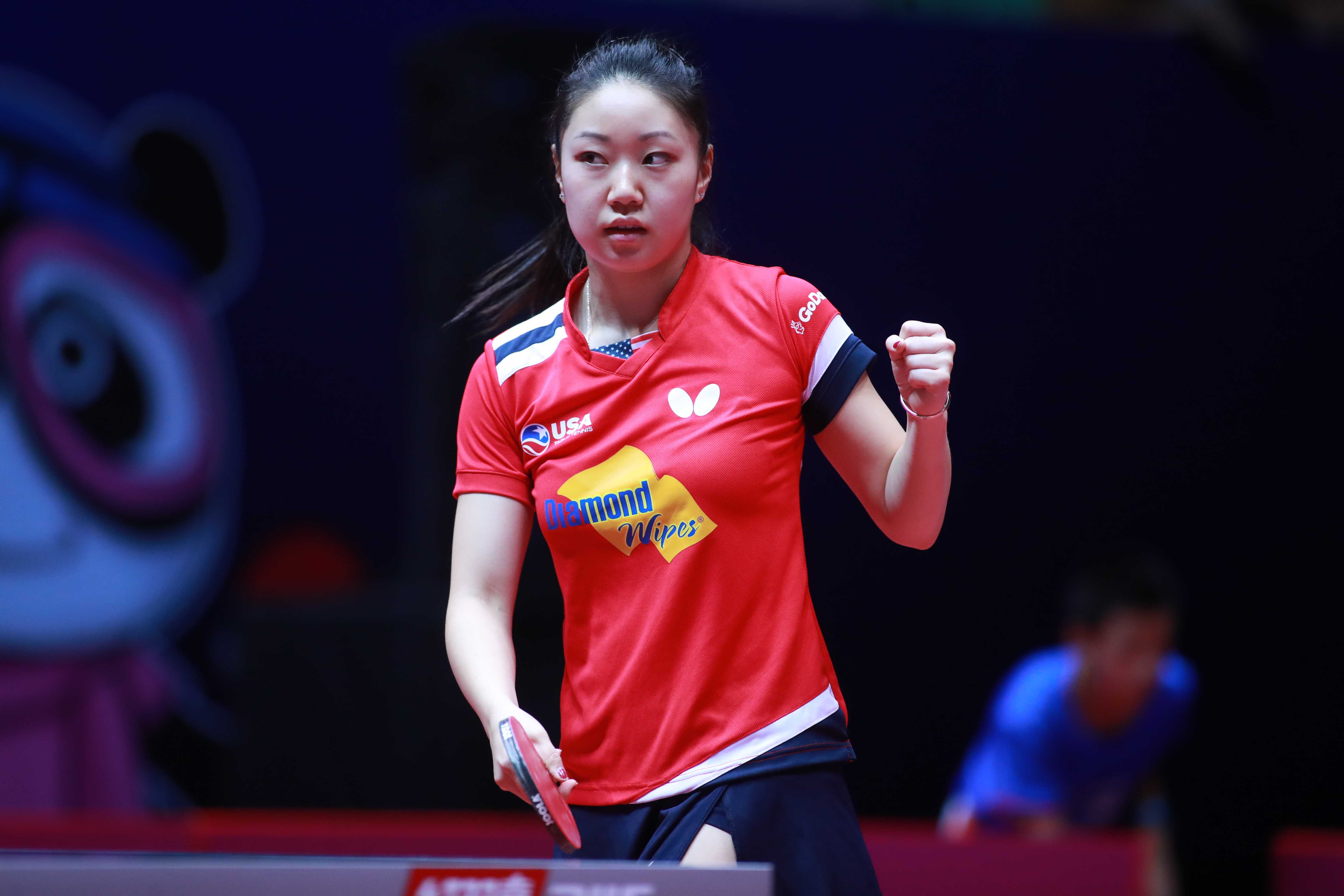 Last month in Chengdu, China, the USA's Lily Zhang (pictured) shocked the world by reaching the semifinals of the Women's World Cup. Her historic run, the best result any American player has posted at any World Cup, was ended by champion-elect Liu Shiwen of China. This weekend in Tokyo, Zhang was again on a mission to claim a cup. Owing to the nature of the contest, she was accompanied by her compatriots Wu Yue and Amy Wang. This was, after all, the ITTF Team World Cup. In the qualifying round, the USA had bested Austria to secure the necessary top-two finish. Once again, Lily found herself in the main draw. It must have been a case of déjà vu all over again as Lily Zhang once again found Liu Shiwen obstructing her quest for a World Cup. In the quarterfinals, the USA faced Liu and her redoubtable Chinese team. First up was doubles, where Zhang teamed with Amy Wang to take on Cheng Meng and Sun Yingsha. The first two games could have gone either way, but China produced the necessary tactics to win (12-10, 12-10, 11-7). Next up, the USA's Wu Yue faced Liu Shiwen, the reigning World Champion fresh off her record fifth women's World Cup title. Liu was simply too much for Wu, winning (11-3, 11-8, 11-4) to secure a 2-0 advantage for China. Thus, it was up to Lily Zhang to keep the USA's title hopes alive in a matchup with teen phenom Sun Yingsha, ranked third in the world at all of 19 years old. Lily was not overwhelmed by the moment. Rather, she came out swinging, winning the first game, 11-8. Could this be the beginning of an epic comeback? Sun responded in the negative, leveling the match with an 11-8 win of her own before winning the last two games 11-5. China would go on to beat Chinese Taipei in the semis before securing the World Cup with a win over hosts Japan. Although certainly disappointed, the USA women put up as valiant a fight as any against the champions-elect. Furthermore, they gained invaluable experience playing in the same venue where they will compete in the 2020 Olympics. Now is clearly Liu Shiwen's time, but she can only delay Lily Zhang's inevitable ascendancy to the top of the world.