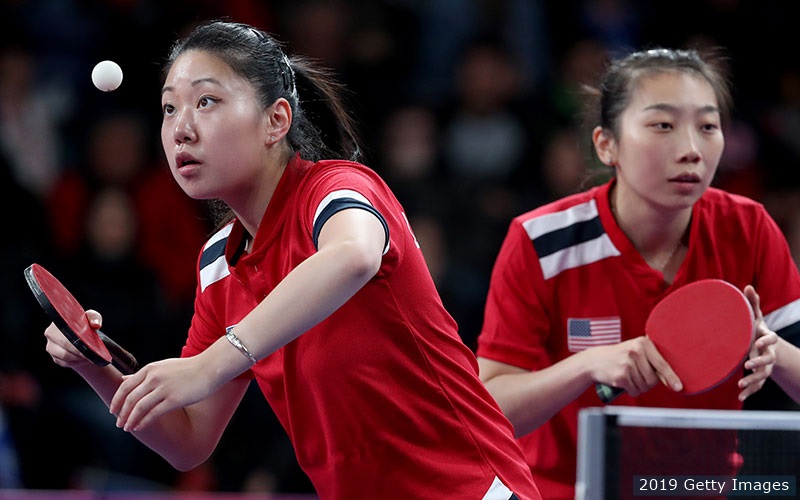 Teetering On The Brink

Win or go home. That is the mantra for any team in the playoffs. For the USA women's and men's teams competing in the ZEN-NOH 2019 ITTF Team World Cup, just to be there among the best teams in the world is like making the playoffs. Now that they have made the trip to Tokyo, the magnitude of the task at hand begins to set in. Both teams lost their opening matchups in their respective qualification groups, leaving them no margin for error. The seventh-seeded USA women's squad of Lily Zhang, Wu Yue and Amy Wang received no mercy from their Japanese hosts, seeded second. Only Zhang managed to win a single game, 13-11 against Kasumi Ishikawa, to prevent a complete shutout. Japan also swept Austria, the last team in their group with the ninth seed. With the top two teams advancing, this leaves the USA and Austria to fight for the last ticket to the quarterfinals. Austria, playing without the services of world #17 Sofia Polcanova, still fields a formidable lineup of Amelie Solja, Karoline Mischek and former European singles champion Liu Jia. The USA men's team of Kanak Jha, Feng Yijun and Zhang Kai, seeded 11th, find themselves in essentially the same situation. Swept by the fourth seeded Republic of Korea, they now face Sweden in a do-or-die tie. Sweden, seeded fifth, features a deeper bench with Kristian Karlsson, Jon Persson, Anton Kallberg and Elias Ranefur. The USA men face Sweden at 10:00 a.m. local time on on Thursday, November 7. The American women then commence the festivities against Austria at 1:30. We wish the best to Team USA as they fight for pride, honor and their tournament lives!