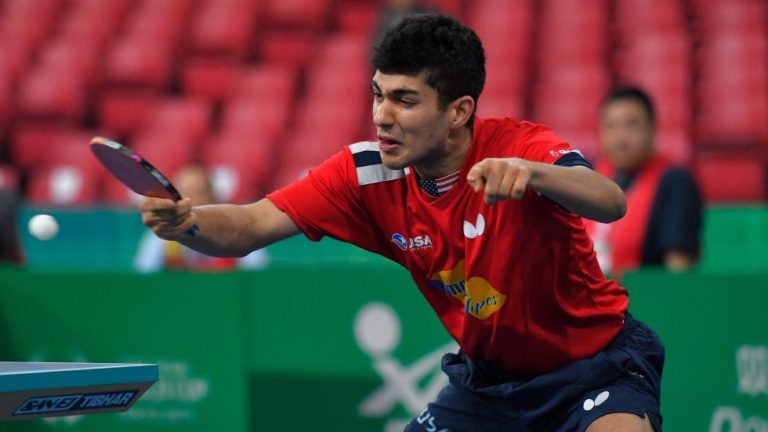 A Bridge Too Far (For Now, Anyway)

It was almost too good to be true. The 11th-seeded USA men's team had just pulled off a huge and hugely improbable upset over fifth-seeded Sweden at the ZEN-NOH 2019 ITTF Team World Cup. The teams' World Cup seedings only hinted at the disparity in their world rankings. Sweden is, in fact, ranked fifth. While the United States men's team is 11th among teams at the World Cup, they are listed 31st among all the teams in the world. Thus, it was truly a Cinderella story when the scrappy band of upstarts from the States accounted for the perennial powerhouse that is Sweden. In addition to the brilliance that we have come to expect from Kanak Jha, the team was buoyed by a huge win from Kai Zhang over Elias Ranefur. For their efforts, the gents from the States earned a quarterfinal matchup with China. Still riding high from their improbable victory, they would need every bit of their well-earned confidence to pull off the upset of the century against China. Alas, it was not to be. China is still China, the best team in the world by a magnitude defying earthly measure. The first matchup was a doubles contest between the Yijun Feng and Zhang Kai against China's Xu Xin and Liang Jingkun. With Xu, a left-handed doubles specialist, the contest was no contest as the Chinese duo allowed only five points in each of the first two games. In the elimination game, they left nothing to chance with the rarely seen 11-0 shutout. Down one match, Kanak Jha would look to muster more magic. The 19-year-old Californian would need to overcome Fan Zhendong to notch the equalizer. Fan, showing the form which has seen him recently regain the world's #1 ranking, left no doubt with an (11-3, 11-5, 11-5) scoreline. On the ropes, the USA's last hopes fell on Kai Zhang's shoulders. Zhang, ranked #213 in the world, found himself across the table from Liang Jingkun, the world's seventh-ranked player. Needing a miracle to spark a miracle comeback and keep their wildly unlikely run alive, they didn't get it. Liang maintained the China's customary dominance, not allowing more than five points in any game. Although it is always disappointing to end a tournament with a loss, the American men's team has much to celebrate. Viewed along with their consistently strong showings at the Pan American Games, making the elite eight of the Team World Cup shows the world that American table tennis is on the rise. China now faces hosts Japan for a spot in the finals. America's attention now turns to its women's team, who also face China in the quarterfinals. Facing similarly long odds, the American dream team of Lily Zhang, Wu Yue and Amy Wang look to write their names in the history books. It was Lily Zhang, after all, who shocked the world by making the semifinals of the Women's World Cup last month. Can she replicate the feat with her team? Stay tuned!